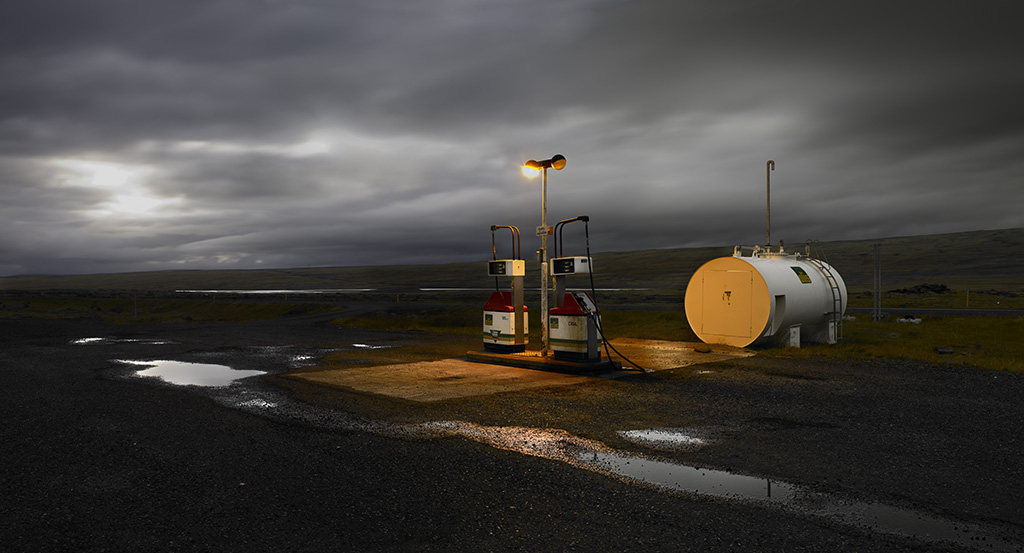 “El silencio y la luz” is an individual project by José María Mellado that addresses the theme of landscape and the beauty of nature, from the personal point of view of its author. This project reflects his research on the human footprint in nature, that footprint that today is almost inevitable to appreciate wherever the traveler is placed for contemplation.

The images of “El Silencio y la Luz” propose a hyperrealistic look, in which the starting element – be it natural landscapes, industrial or architecture – appears saturated or underlined in a certain direction, until it is covered with a peculiar atmosphere. The gaze of José María Mellado refers to light, and hence the predominance of the grayscale from those cloudy skies that it captures. To this he incorporates cold architectures, industrialization, airport facilities, abandoned ships, isolated houses and desolate roads, where Mellado’s particular sensibility translates into the need to search within the silence of the immobile landscape, intervened by the footprint of man or not, his own voice, his innate beauty.

The exhibition, of the same title, held at the Centro de Arte Museo de Almería in 2007, was the first of several itineraries of this project. It exhibited 43 photographs, of different formats, whose contrasts and definition are close to pictorial hyperrealism. Images of irresistible beauty in which he addresses the theme of the landscape and the beauty of the natural, from the personal point of view of its author. Subsequently, several itineraries took place in different Colombian cities and institutions (2007-2009), as well as in the Fototeca de Cuba (2009), and in other Spanish cities such as Bilbao (Sala Axular del Bizkaia Aretoa, 2018). “Silence and light” has also materialized in a publication with all the photographs that have integrated these samples.

In each of the photographs that make up this project, the poetry of the natural is experienced in a unique way; in such a way that they end up denoting a certain strangeness, a touch of unreality. And this is achieved from the technical treatment of his photographs and the color adjustments that surround each of the pieces in an atmosphere characteristic of this type of works in their author. The drama of light gives the images conceived by Mellado a strong character of temporality that seems to announce an imminent catastrophe.

“El silencio y la luz” has also been accompanied by lectures by José María Mellado on the occasion of the different exhibitions that, belonging to this project, have been inaugurated. Among them, the most recent was the one that met, from September 24 to October 9, 2018, in the Sala Axular of the Bizkaia Aretoa, on the occasion of the twelfth edition of the Bilboargazki Photography Festival, promoted by the Federation of Photography Associations of the Basque Country and supported by the Bilbao City Council.

“El silencio y la luz” allows us to investigate the particular way of looking of José María Mellado and reveal the keys to his aesthetic approaches. 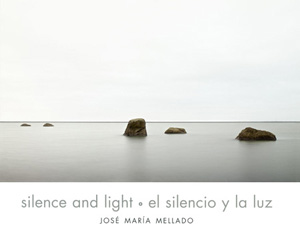 The exhibition aims to show the look of José María Mellado in all its aspects in the art of photography, so that in the exhibition you can see photographs of both natural landscapes and images of architecture, industrial, and others of varied themes that have nothing to do with each other.

The exhibition, organized by the City Council of Almeria, with the sponsorship of the Unicaja Foundation, opened on March 20, at 8:00 p.m. at the Museum of Almeria Art Center (CAMA).
The exhibition collected a total of 43 large photographic works, 27 of them unpublished, which show the artistic career of the renowned Almeria photographer in the last four years.
In the CAMA, in addition to the photographic exhibition, an audiovisual montage was exhibited with the different works of Mellado, accompanied by music and texts. Likewise, and as a complement to the exhibition, a photography workshop was organized at the CAMA, directed by José María Mellado himself, on May 4, 5 and 6, coinciding with the closing of the exhibition.